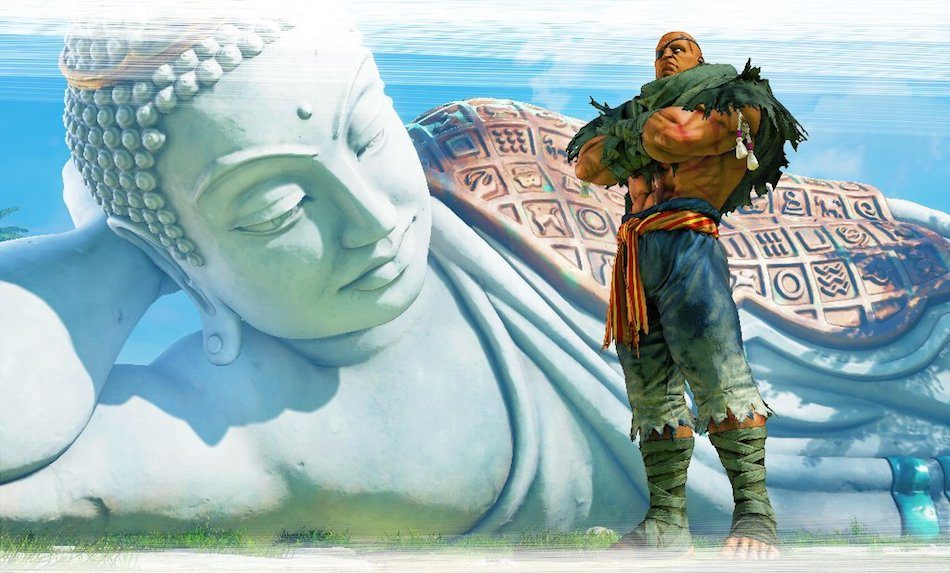 In this guide we will look at the king, Sagat.

Sagat's strength is that he has highly efficient projectiles.

However, because of how SFV is built, Sagat users need to be careful when throwing projectiles.

In this guide we will discuss throwing projectiles which may become a bit complex.

Sagat is a character that can theoretically fight with just projectiles. Characters that have highly efficient anti-projectile tools may not be able to react to the projectiles. In the mid-range Sagat can use s.MK to mix up with projectiles.

In Ryu's guide there is a list of anti-projectile tools for all characters which also apply to Sagat. So take a look.

While Sagat has great projectiles, the trade off is that his other attacks and movement are slow. At close range Sagat is at disadvantage most of the time. But there are a few ways to create distance.

Sagat's BnBs involve ending in an attack that creates distance to start his fireball game again. Therefore for these combos, aim to use them in close range.

Sagat's main selling point is his powerful projectile game. This character is aimed towards players who really like to use projectiles.

Also, players who hate the fireball game will jump and get hit Sagat's uppercuts, similar to the Hadoken-Shoyruken style gameplay it really shows a players skills if they can do it well. Basically a player can feel their overall skill level in this game when they play Sagat.